Experience the magic of the Maasai Mara…

Created in 2010, the Mara Naboisho Conservancy is a private 50,000 acre community pastoralist and wildlife conservation area located in the Great Rift Valley, Kenya. The Conservancy falls within the Greater Mara Region and was carved out of the Koiyaki-Lemek Group Ranch. It borders the world famous Maasai Mara National Reserve to the southwest, the Olare Motorogi Conservancy to the west, and the Ol Kinyei Conservancy to the east.

The Mara Naboisho Conservancy limits the number of beds per acre and also the number of tourists who may enter the area, thereby reducing the crowds of vehicles. Guests often find themselves the only vehicle around, giving spectacular, unspoiled views of exciting wildlife. The Conservancy has one of the highest densities of lions in Africa. And because the Mara Naboisho Conservancy is not governed by the same rules that apply to national parks, there is the flexibility to experience something truly profound and to see and do things not possible in the Maasai Mara National Reserve. The passion and expertise of the guides at the conservancy facilitate this experience.

The conservancy provides the opportunity to conserve the land and wildlife, whilst simultaneously creating wealth for the Maasai landowners. By visiting the Mara Naboisho Conservancy, you will be playing a part in protecting the cultural heritage of the local Maasai community and improving their access to vital services.

A conservancy model that combines conservation of the natural and cultural heritage, tourism, and the enhancement of livelihoods of the local communities.

Naboisho, which means “coming together” in the Maasai’s Maa language, is a community response to the challenges of the privatization of group ranches in the Greater Mara Region. Strain was put on the soil, endemic vegetation, and the wildlife as a result of intensive herding and various tourism activities such as camping and off-road vehicle activity.

Inspired by their neighbours in the Olare Orok Conservancy, the approximately 500 landowners asked the Basecamp Foundation Kenya to facilitate the formation of the conservancy as a community wildlife area. In 2008, a forum – which brought together community leaders, upcoming community champions, dedicated resource managers, seasoned conservationists, experienced socio-ecologists and tourism investors – was convened to chart out a broader framework for the development of Naboisho.

It was agreed that the conservancy model should combine conservation of nature and cultural heritage, tourism, and the enhancement of livelihoods for the local communities. On the 28th of March 2010, the landowners formerly signed a 15-year lease to create the Mara Naboisho Conservancy.

The Mara Naboisho Conservancy is now the second largest conservancy in the region. Once the conservancy was established, a plan was put in place to ensure that the environment was given a chance to recover, that wildlife was protected, and that the landowners benefitted, both financially and from a social development perspective.

Nobody can say he is settled anywhere
forever: it is only the mountains which
do not move from their places

The key objectives of setting up the the conservancy were:

(a) to conserve the biological resources and the socio-cultural heritage of the conservancy area;
(b) to promote tourism through partnering with investors and;
(c) to contribute to wealth creation for landowners. 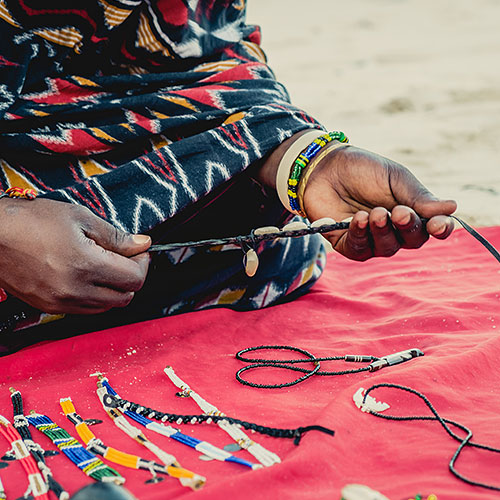 The economic objectives revolve around the creation of employment possibilities for the local communities. It is necessary to ensure the broad-based distribution of economic benefits amongst all stakeholders. This will be achieved through the development of sustainable livelihoods and steady employment for the local community, ensuring minimal underemployment and unemployment. In creating employment, it is important to encourage the use of local knowledge, skills and traditions, and to offer a sense of fulfilment and satisfaction to the people of Mara Naboisho.
Close 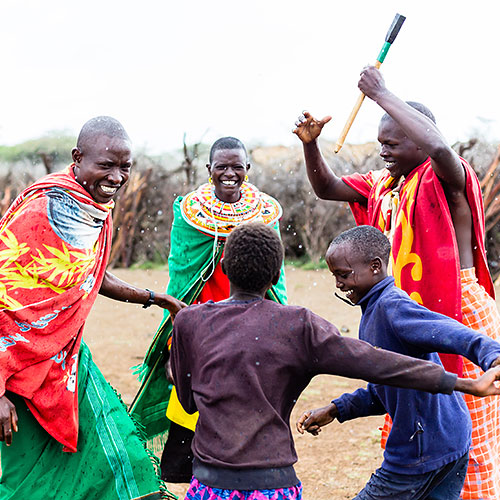 The key economic objective of providing steady and sustainable employment leads to the possibility of creating an improved standard of living for the community as a whole. However, it is important to protect the sensitive and indigenous cultures of the local people against any adverse impact. This means ensuring that tourism activities and behaviours respect the cultural heritage in Mara Naboisho.
Close 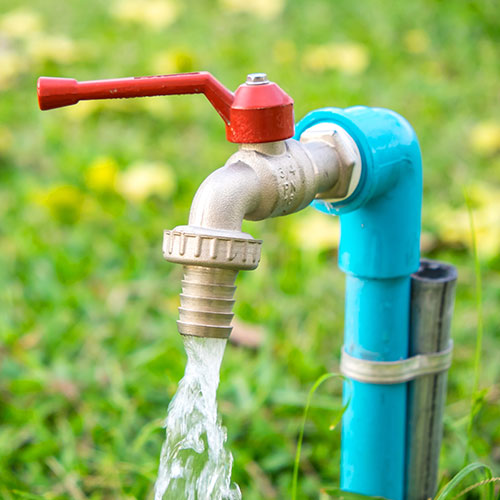 The overall objective is to contribute towards the social development of the community, through community empowerment and wealth creation. The obvious approach in achieving this goal is through the creation of employment opportunities for the local community. In addition to this, there are supporting actions which will educate and empower the community. These include water conservation programs that support access to clean water, access to renewable energy, education programs, and the promotion of female empowerment.
Close 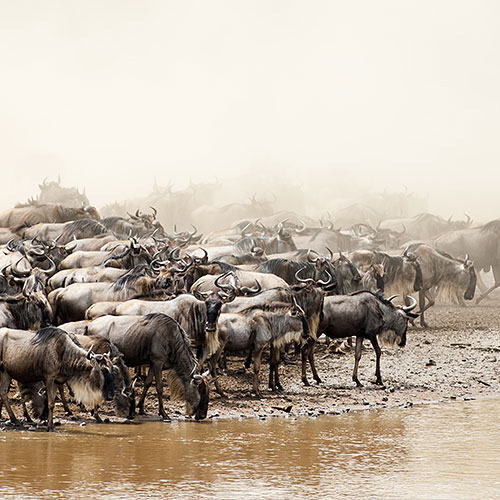 The Mara Naboisho Conservancy provides a significant wildlife migratory corridor for the Mara-Serengeti ecosystem, supporting both the north and south wildebeest migrations. Through sustainable tourism, there is the opportunity to protect the wildlife and its natural terrain whilst providing a high-quality game viewing experience for visitors to the conservancy. There are a number of objectives and actions towards the benefit of the wildlife and the landscape of the conservancy. These include: